We use cookies to ensure that we give you the best experience on our website. If you continue to use this site we will assume that you are happy with it.

What is CMV? Local Mum Kelly talks to us about her experience with this common virus

Kelly, a local mum, recently got in touch with us about a virus that her son was born with. It’s a common virus but one that not many people are aware of. Kelly wants to raise awareness and was keen to talk to us about her experience.

She says: ‘I really want to raise awareness of something that I think every parent should be aware of, but few actually are. That is Congenital Cytomegalovirus (cCMV), which my son was born with. I really want people to read my story and also make their friends aware of this virus.’

Please find our interview with Kelly below.

CMV is a very common virus, with many different strains, and a lot of people will contract it in their childhood without any issues. It is part of the Herpes family of viruses and one that lays dormant in the body when you’ve had it and your body has produced antibodies. Once infected, you never get rid of it, like Chicken Pox and the Cold Sore herpes virus. Normally, it causes nothing more than cold/flu like symptoms, however if a pregnant woman gets infected for the first time, even with a new strain, or a past strain being reactivated, it can cause significant harm to an unborn baby. I don’t want to scare people, but I think being informed is important, and it’s alarming that we aren’t told about it in our antenatal appointments. Especially as it affects 1000 babies born in the UK each year, which is more than those affected by toxoplasmosis, listeriosis and Down’s syndrome, which we are informed about. I find this crazy!!!! Overall, around one in every five children born with the virus will have permanent problems such as hearing loss or developmental disabilities due to the infection.

Can you describe your experience?

My first child was born in 2018 with no issues. He has become a bright and caring boy. We knew we wanted him to have a sibling. Sadly I had a missed miscarriage very early in 2020 but we tried again a few months later and I fell pregnant.

This pregnancy had been fine in the first two trimesters, albeit an anxious time as it followed the miscarriage and I had another anterior placenta so therefore struggled to feel strong movements. I was however having regular scans, being an older mummy, and one scan around 32 weeks questioned my baby’s growth rate. This was around the time when I had been feeling unwell. I felt like I was coming down with a cold and had a fever one evening but it was brief and I didn’t think too much of it. I thought I was run down from a tough year and ready to finish work. When I mentioned feeling tired my midwife checked my latest bloods for iron count and that was great, and then the next scan showed no concern on my baby’s growth rate so we thought no more of it.

My boy, Xander, was born in Basingstoke hospital in February 2021.  He was 4 days early, so reaching full term and classed as on time. The labour and birth were straightforward, albeit very quick. He was a chilled out baby and we were adjusting to being a family of 4. He was booked for his newborn hearing screening at West Berkshire Community Hospital at 21 days old. At that point I did not know that some hospitals do the screening in hospital before discharge. He passed the test in his left ear but failed the test in his right so we were referred to audiology, and they saw us 3 days later. That’s when we found out that he is severe to profoundly deaf in his right ear which was a huge shock, especially as we don’t have a history of hearing loss in the family. 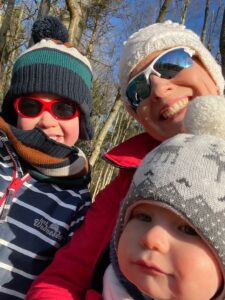 It was at this point that we were told about this virus, congenital cytomegalovirus, which is the biggest cause of congenital hearing loss after genetics. A urine sample was taken and we anxiously awaited the results over a weekend. We got the results when he was 28 days old, and it confirmed that he had the virus. We were informed that the virus would still be active in his body and can continue to damage hearing post birth so the hospital put him on a 6 month course of antivirals to give him the best possible chance of that not happening, but we were told that it was not guaranteed. The medication has shown to be most effective if started within the first 28 days since birth, so we were just eligible, and he started his twice daily dose at 29 days old.

Xander has had a crazy number of hospital appointments since the initial diagnosis as, in addition to hearing, the virus can also damage eyes, brain and kidney function. Thankfully tests so far show that Xander’s brain and eyes are ok, but time will confirm if this is the case. Recently we found out through testing that the hearing in his left ear has potentially deteriorated, and this might continue to worsen, but how much and how fast is totally unknown. It’s been hard to get a clear picture of his hearing because he also has glue ear causing conductive hearing loss, which we recently found out is also common with CMV babies. We are grateful that Xander is a chilled out, happy little baby, and he doesn’t know any different from this life he’s been born into, however he will need additional lifelong support to compensate for his hearing loss.

How can the spread of the virus be minimised?

The spread of this virus can be minimised if we know about it and how it spreads, which is via bodily fluids. I am hygienic and wash my hands regularly, especially so throughout the Covid pandemic, but we believe I probably contracted it from my first born who is now 3.5 years old. He is in nursery where many viruses spread and he went through a phase of drinking from my water bottle. However, I wasn’t aware that this could be an issue while I was pregnant, and even with covid around I was thinking “well if he gets covid, I will too”. I don’t blame my boy, it’s just bad luck, but I wish I had known that I was at risk as it’s a virus which goes around nurseries really easily. No midwife ever spoke to me about CMV, in any of my pregnancies. In the UK pregnant women aren’t currently screened for it to know if they are at greater risk, and newborns aren’t screened for it to know if they are at risk even though some can be born asymptomatic but later develop issues. Now, over a year after his diagnosis, this still angers me but I have learned not to let this consume me. 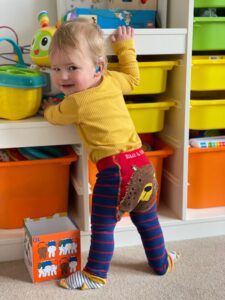 How can people find out more?

CMV is something that could impact us all. People either have children, want to be parents or have family & friends with children. I want to minimise the instances of children being impacted by this virus and encourage people to help spread the word. 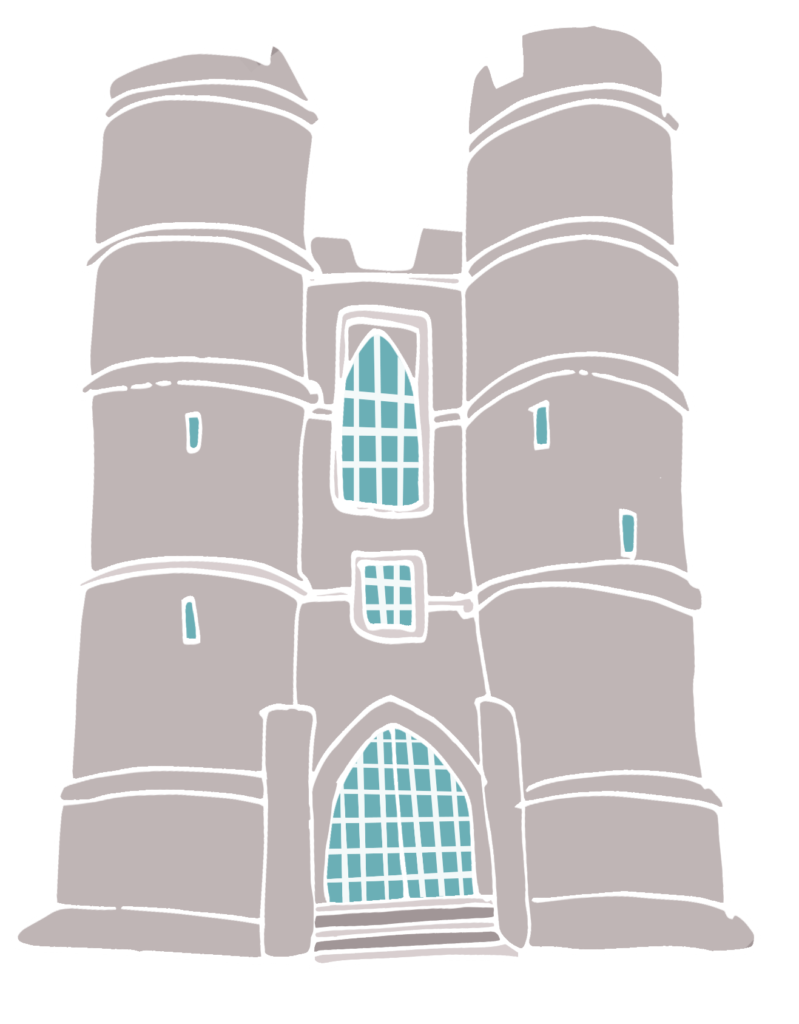